Jonathan Lockwood is an American voice actor living in Mexico 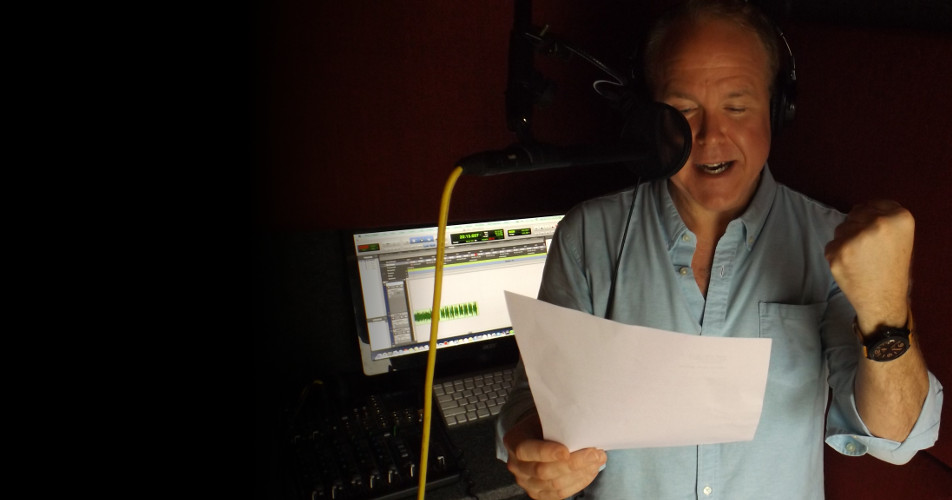 Born in Detroit and raised in East Tawas, Michigan, he began a 15 year broadcasting career, leaving radio in 1998 to pursue voice overs full time. Soon it was clear voice acting could be performed from anywhere, so he moved to Southern California in 2005, then to Phoenix in 2006, and San Miguel de Allende, Mexico, in 2014.

Lockwood was hired at his first radio station in 1983 at 17, then moved about the state of Michigan from one job to the next, his last eight years spent as Production Director of a radio group in Flint. There he not only cultivated his voiceover styles, but also won several notable advertising creative awards—including a Gold ADDY and Radio Mercury Gold Award.

The aforementioned awards brought Lockwood enough attention to start an ad agency in 1998. But while this business proved successful, it also proved stressful. With a steady stream of voice over clients, emailing scripts and happy to receive digital audio files, by 2005 he shed most all agency clients—and soon after most creative clients, in order to focus on voice talent.

Between 2004 and 2011 Jonathan was hired by a client to help put on group sales presentations in cities throughout the United States. For seven years he traveled 44 weekends per year, from New York to L.A., from Seattle to Miami and most places in between. During this time he created a mobile studio that worked just fine for his VO clients. While today he prefers recording from his home studio in the mountains of Mexico, he’s never without his state-of-the-art mobile studio in order to accommodate clients when traveling a few times per year.

No “About” is complete without a mention of Lockwood’s former devotion to—and awakening from—the Jehovah’s Witness religion. Born into the third generation of a JW family, it wasn’t until the age of 38 that he gave himself permission to conduct an objective investigation into this organization’s claims of exclusive divine guidance and found them to be false. Admitting this automatically brought him censure as an “apostate". Although, aside from his daughter, Jonathan’s former family and friends shun him for this, he wishes them well and is ultimately grateful for the experience of having been inside such a group—and finding his way to freedom and authenticity.

Writer and Humorist Chelsea Lockwood is Jonathan’s daughter. She’s currently Digital Media Manager at CBS-TV’s Entertainment Tonight and The Insider, and has more than 26,000 followers on Twitter.